When we left Moline, we finally drove to one of the four states on our trip we hadn’t been in before, South Dakota. Family time over, adventure time begun (although being with my family can be something of an adventure). Tuesday we drove across Iowa to Sioux Falls, South Dakota.

We were only spending one night in Sioux Falls, but we left early enough to get there around three P.M., so while John drove I searched the tour guide for things we could do in an afternoon. The Great Plains Zoo and Delbridge Museum of Natural History sounded like a good choice. It was near our hotel, it would let us do a lot of walking in the fresh air after being cooped up for hours in the car, and we could probably get in for free.

For years, John has had an annual membership to the Baton Rouge Zoo, that allows us unlimited visits. Many zoos around the country have reciprocal agreements to honor each other’s zoo membership, and as we found out on a trip to the Honolulu Zoo, even the ones that don’t have formal ties might let you in free anyway. The Great Plains Zoo is part of a reciprocal zoo agreement with our zoo, so in we went for free.

Even if we had had to pay the admission price, it would have been well worth it. The zoo has some amazing exhibits, including a small herd of black rhinos in a large, naturalistic enclosure, and some rare Japanese macaques (snow monkeys), which I was not able to get a picture of. Here is a sample of the pictures I did get: 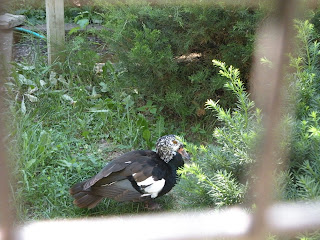 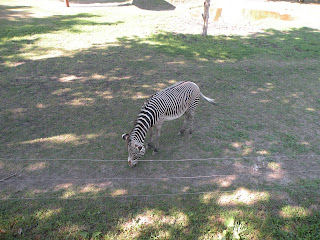 The John Ball Zoo in Grand Rapids, Michigan is a smaller zoo with smaller animals, but it also has nicely laid out play areas for children and is in a stunning physical setting. We got in there for free, too, but again, it would have been worth it to pay admission. 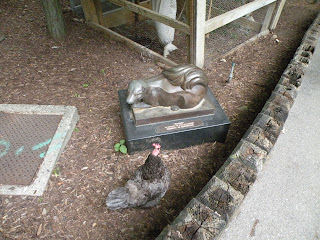 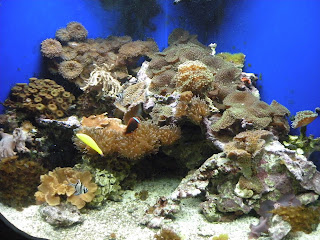 John figures our savings not paying admission to the zoos on this trip paid for his membership for the year. That is something to consider if you have a local zoo and do a lot of vacation traveling. Someday when you are on the road and your pocket cash is disappearing fast, that membership might give you something to do for an afternoon at no additional cost.
Posted by Coleslaw at 10:02 AM