Getting older has some nasty consequences, one of them being it takes longer to get over ailments that a younger me would have shaken off in a few days. I came back from my vacation with a cold. I didn’t expect it to be a big problem; I often catch colds on plane flights. I had one coming back from London last year.

The week I got back from vacation, I had an appointment with my rheumatologist’s PA, who noticed my husky voice and asked if I had seen anyone about it. I explained I had only had it a few days and expected it would go away on its own. A week later, I also had a hacking cough and a persistent, mild headache, not a migraine, so I went to the urgent care center and got a diagnosis of bronchitis, prescriptions for prednisone and Tessalon Perles and the advice to rest, after I mentioned that I hadn’t been coughing at the Y the day before. I have had bronchitis before and it’s annoying but not deadly, so I figured I would be okay in a few days.

What happened in a few days was that I developed a nasty crackling sound in my breathing and a plugged up ear. I called the urgent care center back and was given a prescription for an antibiotic and an inhaler. A few days after that, I was still crackling and saw my PCP for an X-ray. I did not, as I feared, have pneumonia, but by this time I had been sick for 3 weeks, had lost several pounds, and was extremely tired.

The antibiotics finally kicked in, the crackle went away, and I only needed the inhaler at night, but until this week, I have been tired all the time, especially after the mildest exertion, began coughing again whenever I went out anywhere, and spent most of the day napping wherever I sat.

It is just this week that I finally feel back to normal, picking up the household tasks that I meant to do the week after vacation. All in all, it took a month for me to recover from my little cold.

So that’s why no blog posts. I was too tired even to think coherently.

I intend to post a few more posts about my vacation, although maybe not as many as I had originally planned. I did at least get my photos sorted out while I was ill. Some of those I definitely want to share.
Posted by Coleslaw at 11:00 AM No comments:

So finally we made it to Rapid City, South Dakota, the focal point of our trip. On our way there we crossed over from Central Daylight Time to Mountain Daylight Time, so it was only 2:30 when we arrived at our motel, and they didn’t have a room yet. No worries, that gave us an opportunity to see Despicable Me 2 (yes, my husband’s choice) and scope out places to have dinner.

The next day we took off for Mount Rushmore. While we were in Moline, my brother told us about the Chief Crazy Horse Memorial, which is not far from Mount Rushmore, so we decided to see both of those and if time permitted, to see the  Museum of Geology at the South Dakota School of Mines and Technology. Or in short: rocks, rocks, and more rocks.

While at the Mount Rushmore National Memorial, we were able to meet the last surviving worker, Donald “Nick” Clifford, and buy an autographed copy of his book, Mount Rushmore Q and A (Answers to Frequently Asked Questions). The Memorial took 400 men from 1927 to 1941 to carve, and now only one is left.

And although you have already seen much better pictures than mine, here are the obligatory tourist snaps, with commentary.

As always, click on the picture for a larger size.

I'm glad I finally got to see Mount Rushmore. As impressive as it is as an object, it is also a microcosm of its time, the early twentieth century when nothing seemed impossible. The Panama Canal was completed in 1914, the Hoover Dam (originally called the Boulder Dam) in 1933. The first skyscraper in the United States, the ten story Home Insurance Building, was completed in 1885, but it was the Empire State Building in New York, built in 1931, that would stand as the tallest building in the world for 40 years. Nobody had dreamed of the ecological impacts, global warming, and certainly not the possibility of jet airplanes crashing into even taller towers on a clear day in September.

They emerge from the rock, four giants of our country's past, a reminder from an age as innocent as the ice cream cones made with Thomas Jefferson's recipe, of hope and hubris, two of the defining qualities of humankind.

Posted by Coleslaw at 5:19 PM No comments: 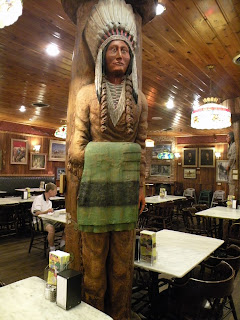 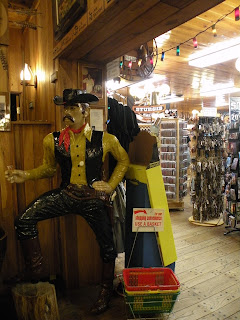 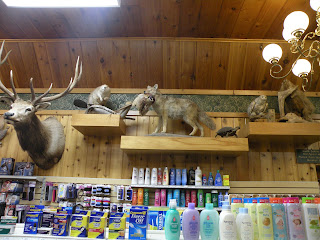 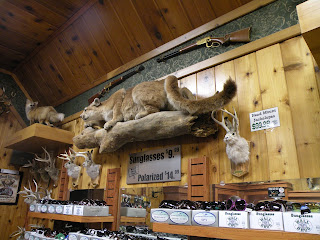 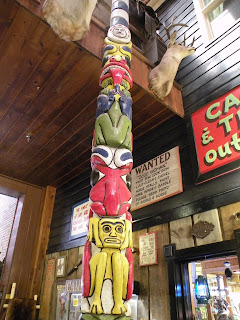 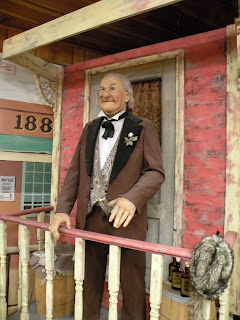 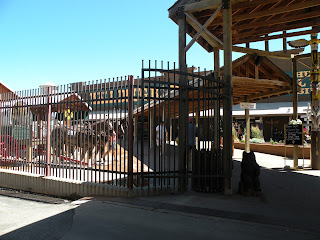 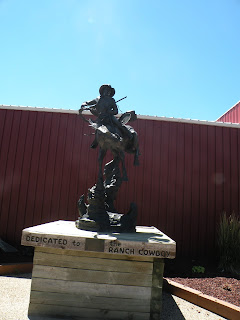 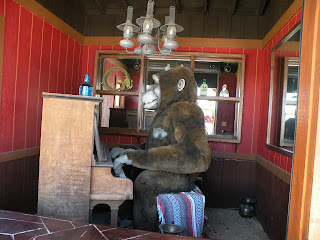 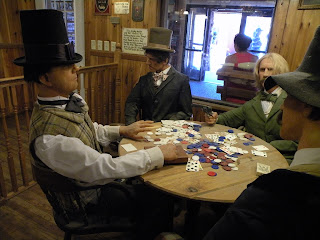 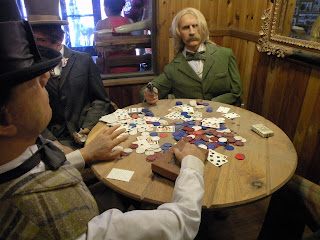 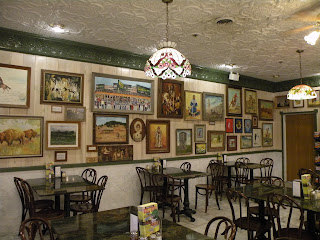 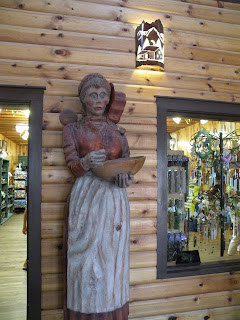 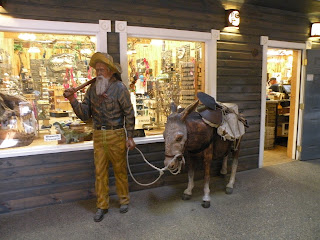 Posted by Coleslaw at 8:08 AM No comments:

A Brief Geography Lesson as We Go on Our Way

Time for a brief geography lesson as we drive across the plains. Four of the nine states we visited this trip, and three of the four new ones, were created in whole or in part from the Louisiana Purchase. Not all of what became the state of Louisiana was acquired with the purchase: Thomas Jefferson was largely concerned with acquiring the port city of New Orleans. The first map below shows the original Louisiana Purchase, and trades that were made between US, Britain and Spain that resulted in the borders and state lines we now have. The second map shows which states came from the Louisiana Purchase and adjacent acquired territory. As you can see, almost all of South Dakota and large portions of Wyoming, North Dakota, and Minnesota were acquired as part of the Louisiana Purchase.

The four states on our trip that we hadn’t been to before were South Dakota, North Dakota, Minnesota, and Wisconsin. South Dakota is one of the High Plains states. According to Wikipedia:

Due to low moisture and high elevation, the High Plains commonly experiences wide ranges and extremes in temperature. The temperature range from day to night usually exceeds 40 °F (22 °C), and 24-hour temperature shifts in excess of 40 °C (72 °F) are possible . . .The region is known for the steady, and sometimes intense, winds that prevail from the west. The winds add a considerable wind chill factor in the winter. The development of wind farms in the High Plains is one of the newest areas of economic development.

We saw wind farms across Iowa but didn’t see more than a few windmills in South Dakota.The weather, however, turned out to be a factor in one of our other  disasters adventures.

Posted by Coleslaw at 2:28 PM No comments: