The village of Albright is approximately 10 charming acres of tranquility. Upon entering the majestic front gate, visitors will be greeted by the many residents of Albright, whether it be the Baron, the Mayor, the Inn Keeper or countless others.
There are delightful aromas and sounds filling the rustic streets of Albright. From bagpipes to the hammer dulcimer, from roasted pecans to garlic mushrooms, your senses are delighted at every turn! For fulfilling your thirst, there are many beverages from which to choose. The coffee shop offers tea and hot cocoa while the Painted Badger Pub and King Head's Tavern offer various spirits. A variety of soft drinks are found throughout the village. Piper's Pubs bring you many delicious flavors of root beer and cream ale. 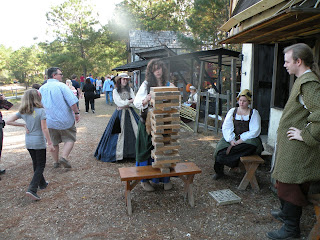 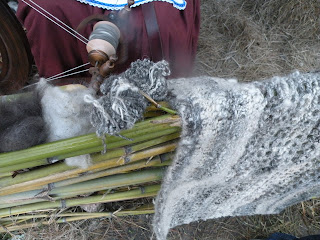 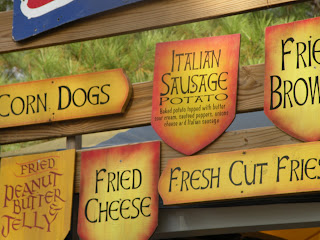 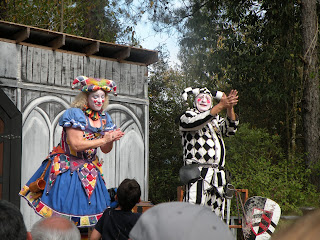 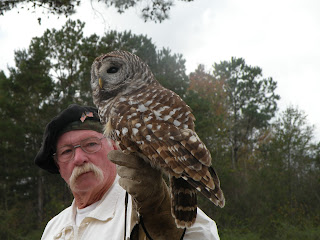 I went to the first festival with a friend to celebrate her birthday. While we were there, I bought her a pair of earrings of her choosing and bought myself a ginger beer in a ceramic bottle that was supposed to entitle me to free refills forever. The ginger beer tasted like ordinary root beer; I didn’t make it to the next year’s festival and soon I stopped seeing advertisements for it, so I assumed it was no longer being held. The ceramic bottle made it into a donate pile.

A week or so ago, I saw a full page advertisement for the Louisiana Renaissance Festival on the back page of Red Shtick, a local humor magazine. (Well, some of us find it funny.) “I didn’t know they were still holding that,” I said to my husband, “Do you want to go?” He hemmed and hawed and finally allowed his arm to be twisted. So Saturday we went.

The festival was much as I remembered it, including the place that sold the root beer. If I had still had my ceramic bottle, I would have got a free drink. (I really need to stop watching Hoarders; so far this year it’s cost me $66.) There are more attractions - I don’t remember a wine tasting (sold out), whiskey tasting, or Tea with the Queen from our earlier visit. The attractions I wanted to see, the Joust and the Birds of Prey Exhibit were still there. There were also three jugglers/fire eaters, two of whom were going to participate in a contest on a stage covered with mousetraps right before closing. We left before then.

Many of the attendees were in costume, although not necessarily Renaissance costumes. One woman I saw wore a Star Trek costume. There was a shop (shoppe?) where you could buy or rent a costume if you wanted. The festival site advertises itself as a  wedding venue but there were none taking place the day we were there.

I looked for possible Christmas gifts at the vendors’ booths but didn’t see anything suitable for the people I buy for, at least not for a price I could afford. There were some lovely bits of handblown glass for mind blowing prices. The glass blower gave demonstrations on the hour and interspersed glass blowing lore with lifestyle advice and political views. No one argued with him, he was holding a wand full of hot glass. I liked him.