Our first stop after the wedding was Moline, Illinois, where my older brother lives. When we had been planning our route from Michigan to Rapid City on a map, my husband noticed that we would be in the vicinity of  Moline, and suggested we spend a few nights there so we could visit with him. “We’re going to see him at the wedding”, I pointed out, but John, the southerner in the family, felt like it would be rude to pass by without visiting.

Frank, as it turned out, had a trip of his own in the works, and was leaving on Wednesday, but we assured him we’d be out of his hair by Tuesday.

While in Moline, we visited the Putnam Museum in Davenport, Iowa, just across the Mississippi River from Moline. Like many small town museums, it has a little bit of this and a little bit of that. Here are some pictures: 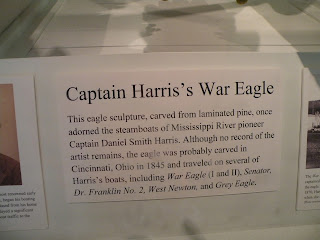 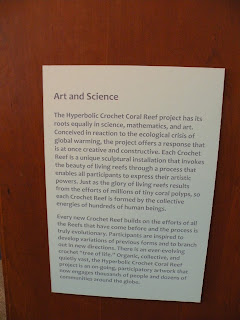 After we saw the museum, we went back to Moline to take the water taxi. The water taxi is an actual taxi that takes you from the casino across the river to Davenport, to downtown Moline and back to the casino, but we didn’t get out at any of the stops, just saw the sights as we cruised along. When we got to the casino stop, we found out that the schedule had been altered because one pilot didn’t show up, and we had 45 minutes before the next one. It was also lunch time. “There’s a guy who sells bratwurst out of a cart further up the river”, my brother said. That was all I needed to hear. It turns out he also sells hot dogs, chips, drinks and cookies. I had a brat and some chips with a diet drink (yeah, I know), and the man gave me his last pack of cookies. It must be my acquired Southern charm.

You may notice there are no levees on the Davenport side of the river. Frank explained that the river curves downstream from Rock Island and Davenport. The fear is that adding a levee to the Iowa side of the river would cause floodwaters to be funneled between the two cities onto the farmland at that point, causing erosion. 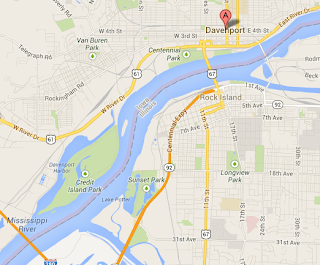 The next day we were up bright and early to travel to Sioux Falls, South Dakota. That was the stop where we saw the first of the two zoos.
Posted by Coleslaw at 12:51 PM