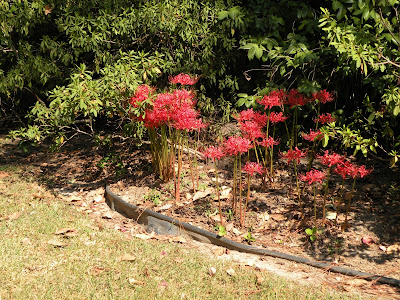 
So I'm keeping him. Him and the spider lilies.
Posted by Coleslaw at 1:27 PM