Last week my brother Frank came to visit us on his way home from Florida to Illinois. He was in Florida attending a 45th year reunion of Grumman employees who worked on the Apollo project, and a two-day side trip to Louisiana was easy to fit in.


My husband wanted to take him to St. Francisville to see the plantations, but between the heat  (up around 100, so not as hot as other parts of the country but unpleasant nonetheless) and my healing but still sore foot, I didn't think that would be a pleasant trip. So we took him to see the Louisiana State Museum downtown, and the next day we took him to Abita Springs to tour the brewery and see the Abita Mystery House and UCM ("u see em") museum.


The museum is not a museum in the traditional sense. It's a roadside attraction built by someone whose hobby is collected folk art and artifacts and repurposing them. Housed in an old gas station and several outbuildings, it contains working pinball machines and games, mechanical dioramas depicting rural life in Louisiana, and other items that defy description. Fortunately, I have pictures: 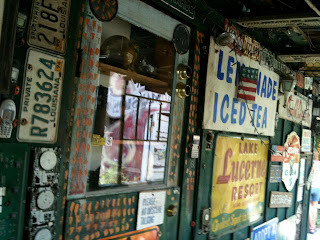 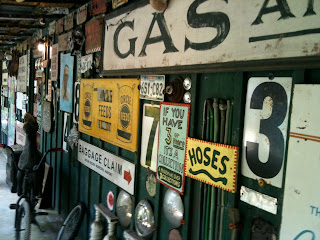 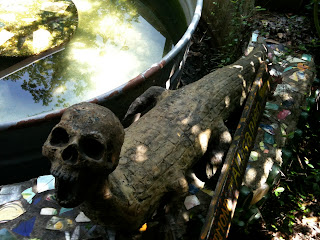 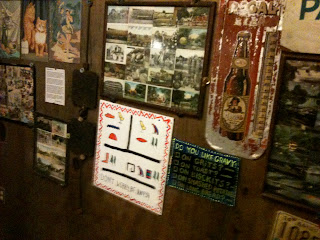 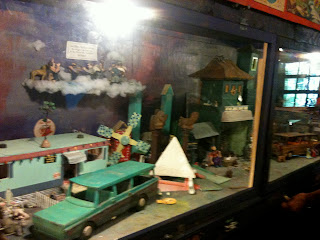 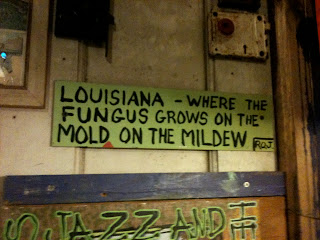 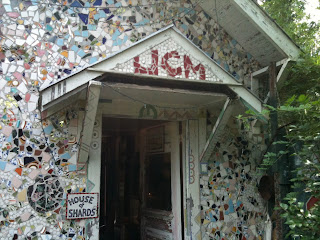 As you can see, no one would want to miss that. After the museum, we had lunch at the Abita Brew House, a restaurant housed in the original Abita Brewery which has moved to bigger quarters. After lunch, we had time to make it to the brewery for the 2:00 tour.


The first time I toured the Abita Brewery, with my friend D who knows every out-of-the-way tourist attraction in the area, the Brewery did not have its new Visitor's Center, although the plans had been drawn up. We started and ended in what looked like the manager's office, and the employee who took us around the brewery gave us quite a comprehensive lecture on beer brewing, storing, and shipping before bringing us back to the office for free samples.

This time we started with a lesson on how to pour beer from a tap in the bar area of the Visitor's Center. Then we watched a video, which I had a hard time hearing because the free beer was making everyone else chatty. Finally we were taken into the brewery, but we didn't get to see the whole brewery, just the first room where the guide went over some of the information we had heard in the video. Then we went back to the Visitor's Center for more free beer.


In my case, I had the root beer. The Abita Brewing Company makes fantastic root beer, brewed (not made by adding coloring and flavoring to carbonated water) with real cane sugar. A little of it goes a long way, and is worth the trip.


The last time I took the tour, one of the things we learned is that the  Abita Brewing Company made most of the pink beer sold in Hawaii. I don't know if that's true anymore. If it is, they didn't mention.


So if you find yourself in Abita Springs, Louisiana sometime looking for things to do, remember the UCM Museum and the brewery. It'll be worth your while.