Congratulations to Per Ahlberg


Belated congratulations to Dr. Per Ahlberg on his having been elected to the Royal Swedish Academy of Sciences. Per Ahlberg is a paleontologist and Professor of Evolutionary Organismal Biology (stop sniggering and read that s-l-o-w-l-y; it means as opposed to molecular biology) at Uppsala University, Sweden. He also has a wicked sense of humor.

Dr. Ahlberg is not a personal acquaintance of mine, but I know of his election because we both post on TalkRational. Dr. Ahlberg posts things like,

Tiktaalik is correctly dated as far as I can judge. The best constraint on the human-zebrafish split is Guiyu oneiros, a lobe-finned fish from the Silurian of China described by Zhu and colleagues last year. Guiyu is a basal member of the coelacanth + lungfish + tetrapod lineage, and must thus postdate the human-zebrafish split. It is 419 million years old. The Polish trackways show that the tetrapod line had separated from the lungfishes and coelacanths by 395 million years ago.

So despite that nasty little incident in which Dr. Ahlberg called me a marriage wrecker, I decided to be the bigger person and offer him my congratulations anyway, here on my blog where he won’t read it, along with pretty much the rest of the population of the earth, including Sweden, wherever that is. Somewhere cold, is my understanding. Somewhere where having published a few (dozen, hundred, whatever) seminal papers on tetrapod evolution is considered reason enough to elect someone to a society that probably doesn’t even have fancy hats like the Swedish Chef Institute. 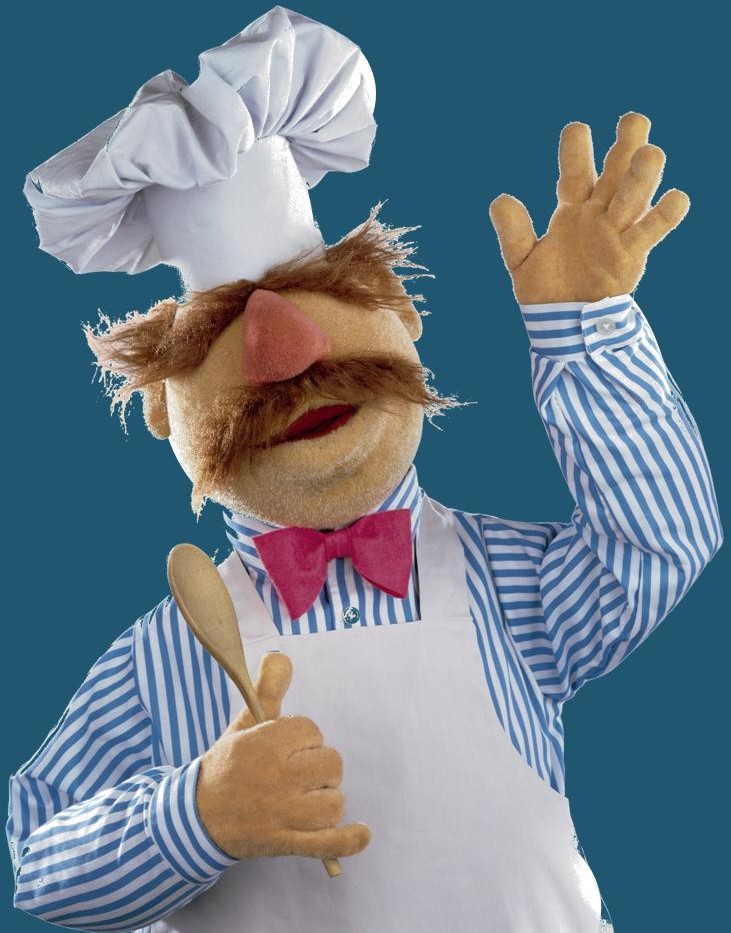 Seriously, though, Talk Rational is a fascinating place, especially the Life Sciences (formerly Evolution and Origins) board and the Physical Sciences message boards. Per is not the only working scientist to post there, although as most of them post under screen names, I tend to get the physicists confused with the geologists and the biologists. Since the whole point of Talk Rat is spirited discussion on a number of topics (science, politics, religion and secularism, mathematics, philosophy, history) plus more community oriented boards for discussing games, sports, media, pets, family and whatever, and since the moderating policy is fairly loose, the science boards tend to draw a number of cranks who are certain they can upend all of modern science by referring the resident scientists to badly mangled versions of the second law of thermodynamics, quantum physics or outlier statistics from poorly done experiments, or to the work of other cranks. The discussions that ensue tend to be highly educational for those of us who are really there to learn. As for the cranks themselves, they follow a derived set of laws that have been described as follows:


First Law: All evidences for [standard science theory] are speculative. All speculations for [crank preferred theory] are evidential.

Second Law: One may escape intellectual responsibility on any issue merely by stating an intent to pursue it.

Third Law: If you have an objection to any point I’ve raised, I’ve already addressed it. No, I won’t tell you where.

Fifth Law: The truth of all previously established facts and conclusions are subject to their being convenient to the argument I am presently making.

Sixth Law: Any claim  . . . post[ed] on a new discussion board invalidates the refutations of the same claim . . . already seen and acknowledged on previous discussion boards.

Seventh Law: No matter how transparently pathetic . . . any [such] claims may be they can always be followed by something even more pathetic . . .

Eighth Law: Any thread where I'm getting my ass handed to me on the original topic can be prolonged indefinitely by the introduction of tangential diversions or an abnormal focus on meaningless minutiae.

These laws in their original have a particular poster’s name attached to them, i.e, “Poster Name’s Seventh Law”, but my experience is they apply to a number of people.

It is fascinating to me to see how often the credentialed scientists will post for pages on end patiently dismantling farfetched claims that they have seen numerous times before, even after it becomes obvious that they are talking to persons who are not arguing in good faith and operating on most, if not all, of the above laws. They do it for the lurkers, they say, and I am glad they do. I’ve learned a lot.

So again, congratulations to Per and a thank you to all of the scientists who see public education as one of their tasks in the face of the perverse determination of some folks to remain, blissfully or not, ignorant.