Tuesday, I took my husband and my good friend D to the Lafayette Museum of Science to see the exhibit Dinosaurs: Ancient Fossils, New Discoveries before it closes on Sunday. I had seen it before, but wanted to see it again and take a few more pictures with my good camera. I think I may have done better with my iPhone.

I began to have my doubts about the wisdom of bringing my husband when his first words were, “We’re too late. They’re all dead”, but he made up for it by paying for lunch.

A big part of the exhibit is a diorama of what Liaoning Province, China, would have looked like 130 million years ago, along with several of the actual fossils discovered there. The fossils, which were discovered in the early 1990’s, not only show skeletons, but skin texture and feathers as well. It was hard taking pictures of the fossils, which were all in glass cases, but I did my best. Click "read more" to see pictures of the diorama and the fossils themselves. If you click on the pictures themselves, you see a larger version and the details show up better. 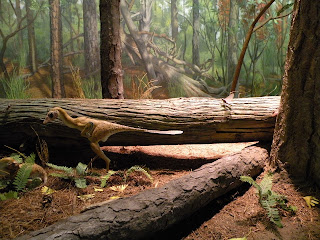 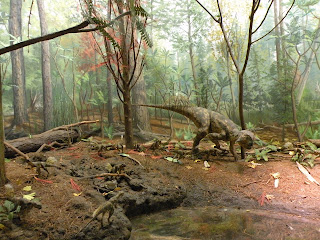 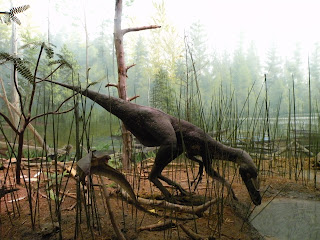 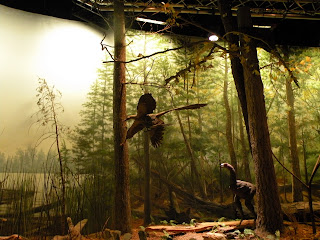 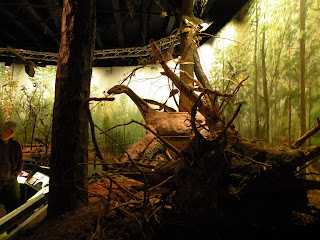 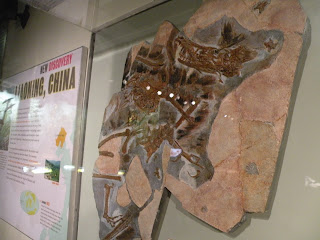 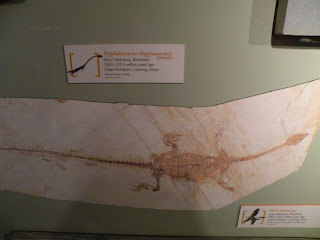 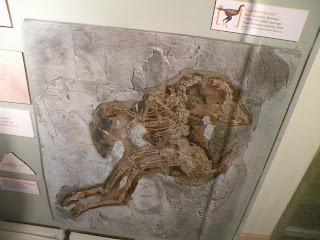 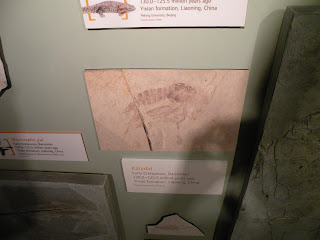