We left early from Glasgow to catch the ferry to Ireland. Belfast was our first stop, although stop is a bit of a misnomer, because we pretty much just drove around town with a local guide pointing out the sights before heading on to Dublin. The ferry ride had taken three hours, so it was after lunch by time we arrived in Belfast. While there, we saw some Protestants parading in honor of William of Orange, whom they referred to as King Billy, according to our guide. That gives a whole new meaning to the expression of Friends of Bill, although the original one might just as easily apply. We drove around a largely Protestant neighborhood and a largely Catholic neighborhood to look at the graffiti, really large murals. I took a few pictures through the bus windows:


We also got to see the Beacon of Hope sculpture:
Then on to Dublin. Once we were in the Republic of Ireland, the currency changed from pounds to euros. We weren't able to see as much as we wished in Dublin, because our good luck with the weather ran out and it started to rain. After a morning bus tour of the city to orient us, hubby and I went to the art museum, which was undergoing renovation so only part of the collection was open, and a museum of natural history, and had lunch in an interesting old restaurant.
Our second night in Dublin we went to a restaurant for a dinner and cabaret with Irish singing and dancing. Some of our group got called up to the stage to join the dancers, but they passed over me for some reason.
We left Dublin to go to Kildare to see the National Stud Farm, a name that makes me giggle. I'm an adolescent at heart. We had a beautiful day for it, and the farm was beautiful, too, with a Japanese Garden in addition to the horses. 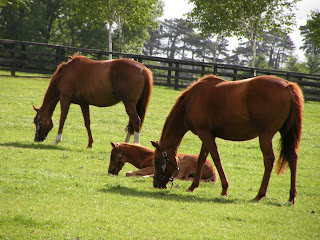 The Japanese Gardens were a treat because it was the first place I had been where sitting down was a real advantage in taking pictures. (Hubby said, "Speak for yourself." He really needs a vacation from his vacation.) 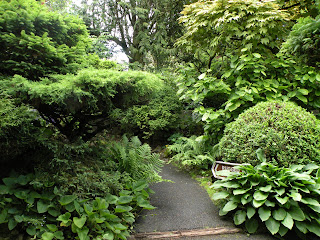 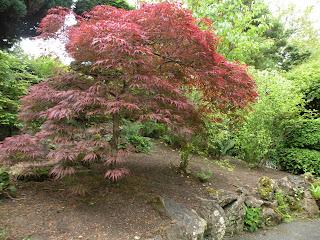 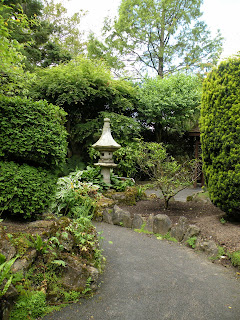 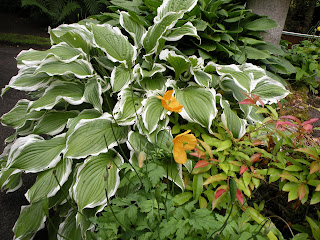 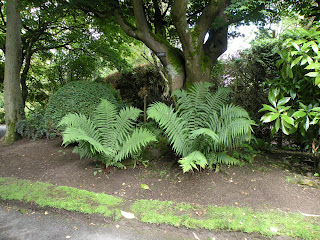 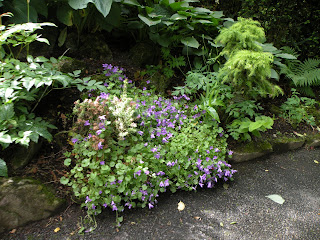 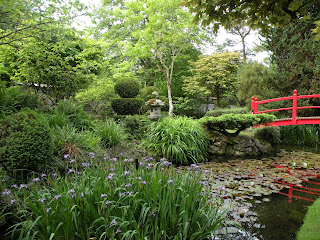 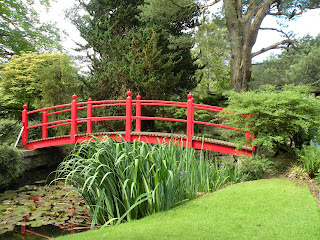 From Kildare we went to Waterford, our last stop in Ireland, and my favorite. It really is pretty, and we saw a large flock of swans on the Suir (pronounced "sewer"). We of course had a tour of the Waterford plant and an opportunity to shop in the gift shop. I looked for possible Christmas gifts, but I didn't see anything I thought my friends and relatives would really use. The plant had a platform lift to get visitors in wheelchairs up to the viewing platform to see the craftspeople at work, which I appreciated.
The next day, we got up early again to catch the ferry to Wales. That will be my next episode.