Although we spent most of our visit in London, I did want to go to Cornwall, since that was one part of England we didn’t get to see last year on our bus tour. (Of course, seeing Wales had consisted of viewing the scenery as we drove by, but we hadn’t done so much as that for Cornwall.) Back when I was in my early twenties and occasionally read romance novels, it seemed like a good many of them were set in Cornwall, so I wanted to at least get a look at the place.

We decided to take the train from London to Plymouth, where Neal would rent a car and drive us around to see whatever sights we could take in in two days and three nights. (Yes, I know, Plymouth is in Devon, but it was a good jumping off place.) Neal wound up renting us rooms in a bed and breakfast on the edge of Dartmoor, so we spent Saturday sightseeing in Cornwall and Sunday driving around Dartmoor before taking the train back Sunday evening. Not an extensive trip, but it gave Neal ideas for walking tours at another time.

We were told to be at the train an hour before it left. When we got to the track, the conductor waved us on the first carriage and told us to walk through the train to second class. We had a hard time finding seats, which was puzzling since we were so early. Then the train started moving. Turned out we had caught the earlier train. That worked out well because we were able to rent the car, get dinner and get to the B&B before dark.

Neal did quite well driving on the left hand side, but that didn't keep me from wincing every ten minutes or so on the narrow country roads and roundabouts. I think the only way my son will ever drive me around in England again is if I am trussed up in the trunk.

The B&B we stayed at, Overcombe House, was actually on the edge of Dartmoor. It’s a delightful place - beautiful views, an excellent choice of breakfast foods, great bird watching out of the dining room window, a short walk from two pubs, and conveniently placed to get on the road and away.

I had hoped to see St. Michael’s Mount and see it I did, but it turns out the one day the ferry doesn’t run out there is Saturday, the day we were there. Just as well, because it looked as though seeing it properly would have involved more climbing than I could do comfortably. We walked around on the beach and then headed for Penzance, where of course I took pictures.

The next day we drove around the moors and saw some moor ponies and sheep. We tried to visit an old abbey, but it wasn’t open yet when we first got there and we didn’t have time to get back later. That’s okay, it was a good day to be out in the fresh air. 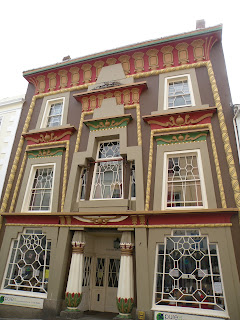 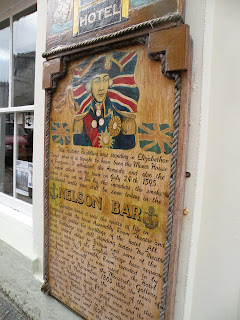 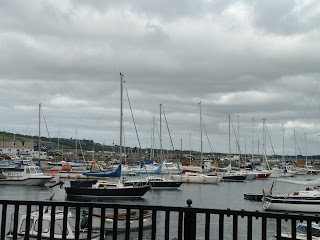 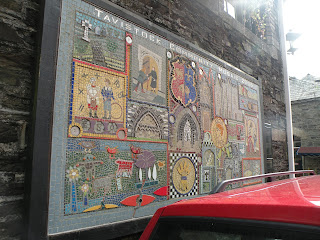 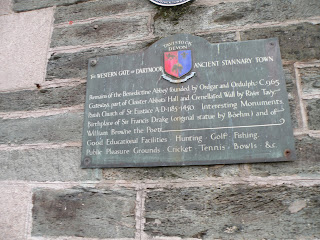 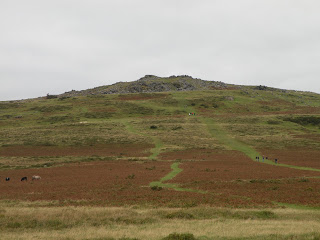 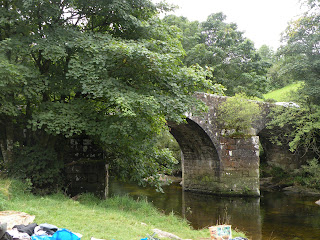 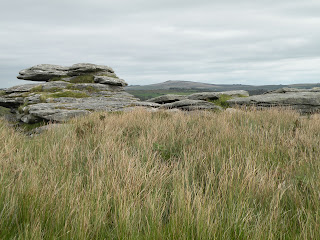 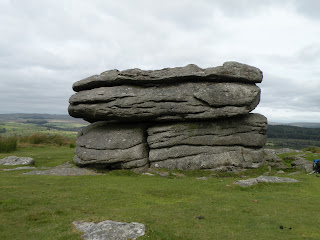