The last day of our London trip we took the train to Greenwich to see the Maritime Museum and the Royal Observatory, home of the 0 degree meridian and Greenwich mean time. I am familiar with Greenwich mean time because both Blogger and Flickr keep their daily statistics from midnight to midnight GMT, which means they end their day either 6 PM or 7 PM my time. It was odd being in London for two weeks and having the statistics collected from 1 AM to 1 AM each day, since London was still on Summer Time. Nothing makes me feel so out of whack as trying to figure out what time it is back home.

Before the advent of rail travel, there wasn’t a need for standardized time zones. People used local solar time to set their clocks by. The first attempts to standardize timekeeping were known as Railway Time, since it was used by railway companies using Greenwich Mean Time kept by portable chronometers.

Now with even faster means of transportation and almost simultaneous worldwide telecommunications, time zones are taken for granted, as are adjustments such as Daylight Savings Time or Summer Time, depending on where you live. I was surprised to find out that even the state of Alaska adopts Daylight Savings Time, but as a merchant explained to me, Alaska is already two hours behind Pacific Standard Time. If they did not adopt Daylight Savings Time, they would be three hours behind, making doing business by phone or internet even harder.

We went to the Maritime Museum first. In addition to giving a history of shipbuilding, it also had displays that gave a history of British colonial expansion, tied to shipping as it was. One of the rooms we went into smelled to me like crab boil. It turned out it had an interactive display that allowed you to guess which spices came from which plants on display. 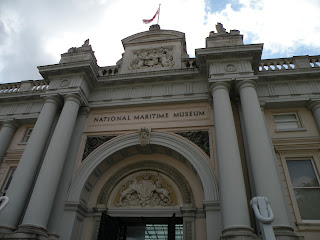 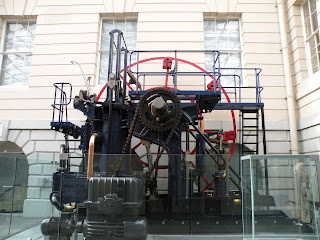 The Royal Observatory was well worth visiting. Neal had a history teacher in high school who used to talk about the “Ooh - ee- ooh” feeling you get from coming in contact with historical sites and artifacts. Her ooh - ee- ooh moment came from seeing tracks in the Rockies left by wagon trains heading west. Mine was seeing William Herschel’s telescope. 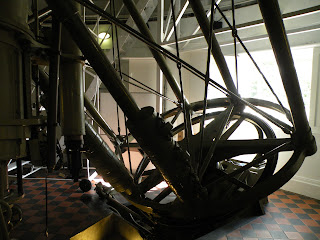 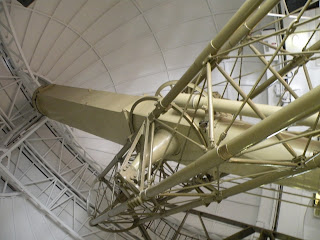 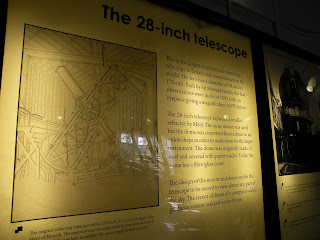 The Royal Observatory also serves as a listening post for Longplayer. You are supposed to be able to stream Longplayer to your computer. I can't always get it to work, but I am listening now. 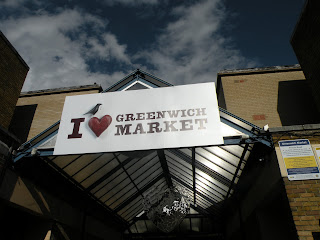