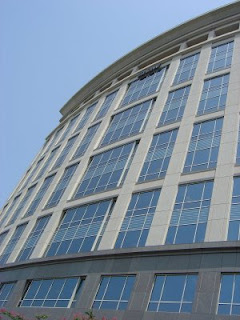 One of the cliches that I find most often puzzles, amuses, and annoys me is the one that goes, nobody ever said on their deathbed, "I wish I'd spent more time at the office".

It puzzles me because I wonder how anyone would know that. 107 humans per minute die around the world. Who is keeping up with all their last words? Is there a Last Words Fairy I don't know about? Okay, my last words will probably be some variation of, "Help me!  I don't want to die", but I don't pretend to know a thing about what the rest of you are going to say.

It amuses me because I have no trouble whatsoever thinking up situations in which someone might very well have said "I wish I'd spent more time at the office" on his deathbed, or hers. Suppose for a minute Joe Philanderer, CEO of Widgets, LTD, gets a yen for his secretary and arranges to leave work early for a rendezvous at her home. Suppose the secretary's husband comes home early, catches the two of them, and shoots them.  Is it totally impossible that Joe Philanderer will expend  his last breath whining, "I wish I'd spent more time at the office"? Or what if he leaves early, gets on the subway, and becomes the victim of a poison gas attack?  I could spend all day coming up with scenarios in which time spent at the office could be a lifesaver.  I'm not saying they're likely, but - 107 people a minute.  That many people makes any unlikely scenario possible eventually.

When you start to think of what people actually do in their worksites, you start to realize what these people are actually saying.  They're saying that no medical researcher ever wished on her deathbed that she had finally found a cure for cancer, no elementary school teacher ever wished he had taught just one more child to read, no ICU nurse had ever hoped to wave goodbye to one more recovered patient, no speech language pathologist ever wished she had taught one more child to say "mama" years after that child's mother had given up hope of hearing the word.  They're saying no auto worker ever wanted to make just one more car that would take some 18 year old to college and no seamstress ever wanted to make one more wedding dress or baptismal gown.

I don't believe that.  I think our work is or can be our connection to a community that depends on us, our way of loving our neighbors the way we love ourselves.  I hope when I die I can look back on my work life, not as a distraction from the Really Important Things in life, but as a way of finding my self by losing it.

And I hope Joe Philanderer doesn't get shot by his secretary's husband, even if I never do buy any of his widgets.  I mean, he's a scuzzball, but, even so, he should spend more time at the office.
Posted by Coleslaw at 3:19 PM